The most fluffy cupcakes I’ve ever baked! 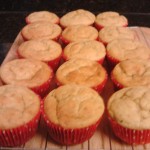 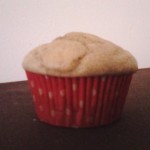 The most famous American Pie! 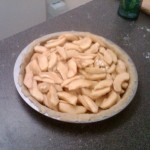 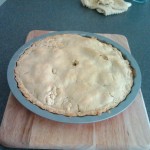 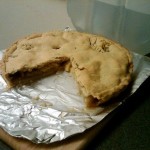 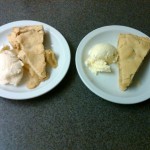 Here the recipe to bake a yummy red velvet cake!

You can make your own buttermilk adding 1 tablespoon of white vinegar to 1 cup of whole milk. After 15 minutes, you’ll have buttermilk.

You can bake cupcakes instead a cake. Put a cupcake pan and fill paper cupcake liners with the batter using two spoons. Put in the oven for 20 to 25 minutes or until a inserted toothpick tests clean. Use cream cheese frosting to decorate cupcakes. 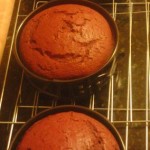 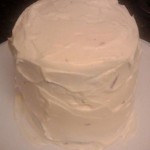 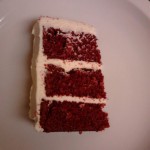 A piece of cake.

This is a traditional pie for Thanksgiving day! 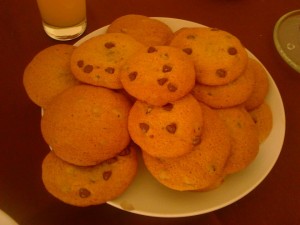 The cheesecake is one of my favorite cakes. This is an American recipe for a wonderful cheesecake.

You can use Oreo cookies for a chocolate base instead of graham crackers. You have to remove the cream filling from the cookies! 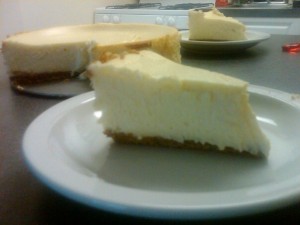 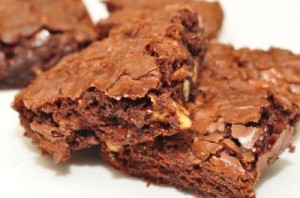 Brownie  is a popular chocolate kind of cake. You can eat it with coffee, milk or vanilla ice cream.

Introduce yourself  is  the most common expression in Language ETC school at the beginning of each term.

My name is Andrés. I usually live in La Roca del Vallès, a small village near Barcelona. In March 2012 I moved to Bethesda, Maryland,  and few weeks later I began to study English in Language ETC. I work on IT and my hobby is baking. Since few months ago, I’ve started to bake several typical American desserts like apple pie, cupcakes or cheesecake.

This blog is my 8-week-project for this term and I’ll try to publish each week an American dessert recipe. Learn new vocabulary enjoying is the main idea of this blog. I’ve baked some of this recipes but other will be a challenge for me. In eight weeks I’ll have baked  :